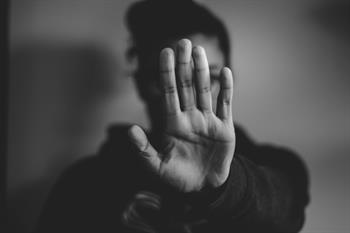 Consent is not effectively given if it results from the use of force, threats, intimidation, or if it is from someone who is incapacitated.

What does consent mean?

Consent, also referred to as affirmative consent, is defined as the unambiguous and voluntary agreement to engage in a specific sexual activity. Consent is clear, knowing, and voluntary words or actions that create mutually understandable clear permission of willingness to engage in, and the conditions of, sexual activity. Consent must be active; silence by itself cannot be interpreted as consent.

Force is the use of physical violence or imposing on someone physically to gain sexual access.
Threats exist where a reasonable person would have been compelled by the words or actions of another to give permission to sexual contact they would not otherwise have given. For example, threats to kill or harm someone, kill or harm themselves, or to kill or harm someone for whom a person cares constitute threats.
Intimidation occurs when someone uses physical presence to menace another, although no physical contact occurs, or where knowledge of prior violent behavior by an assailant, coupled with menacing behavior, places someone in fear as an implied threat.
Incapacitation may result from alcohol or other drug use, unconsciousness, or other factors. The use of alcohol or drugs, in and of itself does not render a person incapacitated. Incapacitation is a state beyond drunkenness or intoxication. The impact of alcohol and drugs varies from person to person. Incapacitation is a state where a person cannot make a rational, reasonable decision because they lack the capacity to give affirmative consent (to understand the who, what, when, where, why or how of sexual interaction). Incapacity can also result from illness, sleep, mental disability and other circumstances. Engaging in sexual activity with a person whom you know to be mentally or physically incapacitated, or reasonably should know to be incapacitated, violates this policy.

The following are part of the consent standard at the university:

"If you're still struggling with consent, just imagine instead of initiating sex, you're making them a cup of tea."

By recognizing precursors that may lead to dangerous situations, violence can be prevented. Prevention can include implementing evidence-based risk reduction strategies and self-protection measures, normalizing and encouraging active bystander intervention, and promoting prevention education campaigns that positively challenge social norms to eliminate and reduce the risk of harm. We believe everyone benefits from prevention education.

Risk reduction strategies are focused on providing potential survivors access to tools and resources to reduce the likelihood of an assault happening. Some examples include blue safety lights on campus, self-defense classes, bystander intervention techniques, the buddy system, rape whistles, holding keys in between your fingers, etc. Please note, other methods of risk reduction can include larger institutional interventions, i.e., altering environmental structures, myth-reduction education, and comprehensive sexual health education. Whether or not risk reduction tactics are used, sexual assault is never okay, and it is never the fault of the survivor. We all deserve to be vulnerable in our society without someone taking advantage of our vulnerabilities.

It's important to note that while risk reduction strategies can feel empowering and may give potential survivors peace of mind regarding their safety, most of them are unfortunately designed in reaction to stranger assaults. Stranger assaults do happen; however, they do not happen as often as we are conditioned to believe. Statistically, 93% of survivors are sexually assaulted by someone they know and trust, and because of that trust, survivors may not have their pepper spray easily accessible just in case things start going farther than they’d like.

Additionally, risk reduction strategies have the potential to increase the likelihood of victim-blaming because the individual “didn’t do enough” to prevent the assault from happening. These attitudes are reinforced by the messages all around us that teach us that it is the responsibility of the survivor to prevent an assault from happening. We as a community, actively reject these attitudes and ideas. The person who initiated sexual contact without consent is the person at fault. As such, we provide education primarily focused on community prevention through active by-standing.

It’s likely most of us have been in a conversation where someone said something biased that made you feel uncomfortable, or maybe you’ve witnessed some form of harmful behavior happening to someone else and you were not sure what to do. In those moments, your brain is processing enormous amounts of information to determine how to help by either interrupting the harmful behavior or choosing to allow the situation to continue or escalate.

Intervention is strongly influenced by others in our immediate environment. We are conditioned to adhere to the “status quo,” regardless of the consequences. In our society, the “status quo” is that violence is normal. This is not true; violence is not normal. We must unlearn and challenge narratives that encourage silence and instead, normalize intervention in response to situations that have the potential for violence. To keep our community safe, we need active bystanders!

Ethical bystander intervention includes safe and positive options, carried out by an individual (or​ individuals), designed to prevent harm when there is​ a risk of violence. Bystanders don’t have to solve the whole problem, and not all intervention has to be confrontational or aggressive to change the situation. Sometimes little things like causing a distraction can be as or more effective than direct action.

If you see someone in a situation that could be harmful or has the potential to escalate, you have the ability to intervene. So, the more you learn, the more prepared you will be to positively influence a situation. We all have the power to do something.

The following are additional resources the OE encourages folks to utilize to continue personal education on this topic:

There is a useful story we like to use when framing the significance of primary prevention and sexual violence.

Imagine a couple fishing downstream in a river. The couple sees a person come down the river who is struggling for life. The couple jumps into the water and pull that person out. Then another person comes down the river who, again, needs to be rescued. So, the couple jumps back in the water and pulls that person out too. This continues to happen all afternoon and the couple eventually becomes tired from having to rescue so many people. Tired and out of energy, the couple decides to go upstream and see what is causing these people to fall into the river in the first place, in hopes of preventing it from happening again.

Although risk reduction tactics and bystander intervention are helpful strategies to mitigate instances of violence, it is critical to develop primary prevention programs that focus on what’s happening “upstream”, i.e., why so many individuals are experiencing sexual violence to begin with, so we can directly target and fix the root cause of harm.

Primary prevention efforts focus on the prevention of a potential perpetrator from causing violence/harm in the first place. It opposes victim-blaming attitudes that place the onus on potential survivors to protect themselves in situations of violence. Prevention challenges the reinforcement of messages like, “don’t get raped,” where the societal expectation is for survivors to prevent being sexually assaulted. Instead, prevention efforts are designed to reframe that message to, “don’t rape,” where the societal expectation is for perpetrators not to sexually assault. Examples of on-campus primary prevention work can be seen through PCA-Auraria’s campaign efforts focused on sex positivity and comprehensive sex education. The PCA strongly believes we can decrease violence if we give people the tools to have healthy autonomous sex lives. Other examples can include men’s programming that deconstruct toxic masculinity and the societal behaviors, attitudes, and beliefs expected of men that support and excuse violence.

To achieve behavioral and societal change that fundamentally promotes a culture of consent and safety, we must be proactive. We must learn how all forms of oppression (racism, homophobia, sexism, transphobia, ableism, classism, ageism, etc.), are connected to sexual violence, i.e., how inequitable power structures increase the likelihood for certain groups of people (QT/BIPOC folks for example) to experience sexual violence in their lifetime, compounded with significant barriers that make it difficult for those groups of people to access support and safety resources. The fight to end sexual violence is directly connected with the fight to end all oppression; you cannot separate the two. We must work to unlearn these problematic beliefs and behaviors, that have desensitized us and conditioned us to view sexual violence as “normal.” It’s not normal.

To learn more about what you can do to prevent sexual violence on campus, contact your campus’s Phoenix Center (Auraria or Anschutz).

The Phoenix Center of Auraria (PCA-Auraria)

The Phoenix Cast: Listen to conversations facilitated by the PCA-Auraria unpacking the different parts of our culture and world, which contribute to rape culture and continuous violence against others or things that help us create a world where those things are less likely to thrive. A topic they discuss often is intersectionality; specifically, how the intersections of identity impact one’s experience of violence and navigation of resources/systems.

The Phoenix Center of Anschutz (PCA-Anschutz)

Become a PCA-Anschutz Volunteer: If you are interested in becoming a volunteer to represent the PCA-Anschutz as liaisons for campus colleges and programs, email their Program Manager, Rachael Williams directly at rachael.williams@cuanschutz.edu.

When we find ourselves in situations where we witness troubling and potentially harmful behavior, we have the choice to either interrupt the problematic behavior or remain complacent and allow the situation to escalate. At CU Denver | CU Anschutz, it is our responsibility to take care of one another when we witness acts of violence. As a community, we must work proactively to stop sexual violence before it occurs.

Here are some ways that you can help prevent sexual violence:

As a reminder, all university employees who have the authority to hire, promote, discipline, evaluate, grade, formally advise, or direct faculty, staff, or students are considered “responsible employees” and are required to report alleged misconduct to the OE. This includes, but is not limited to resident advisors, teaching assistants, professors, graduate instructors, academic advisors, coaches, or other university employees with supervisory authority. Any instance or concern of discrimination or harassment based on a protected characteristic, any form of sexual misconduct, and/or any related retaliation disclosed to a responsible employee must be reported the OE.

About Us
Make a Report
Data & Statistics
CMS Login