Get the latest information on the happenings at CIDE

CIDE distributes a collection of stories and highlights to our stakeholders and clients each quarter via the CommunicATor eNewsletter. Each quarter’s issue is a small portfolio of how our supporters and donors directly contribute to the success of people with disabilities in our community and beyond through the services offered at CIDE. View past issues online and sign up to receive future issues delivered directly to your inbox. You will have the option to unsubscribe at any time. Thank you for your support! 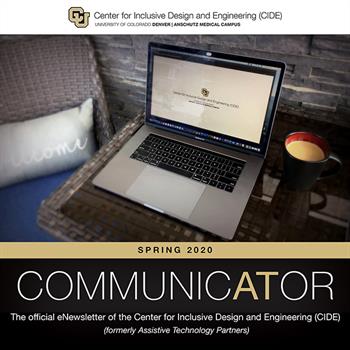 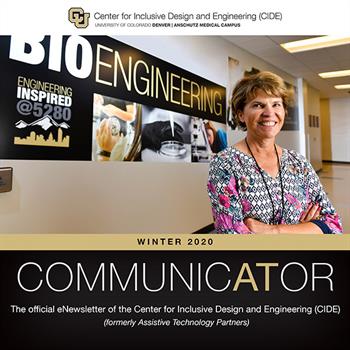 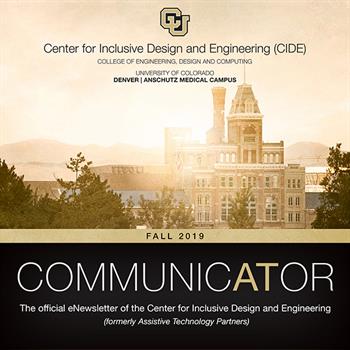 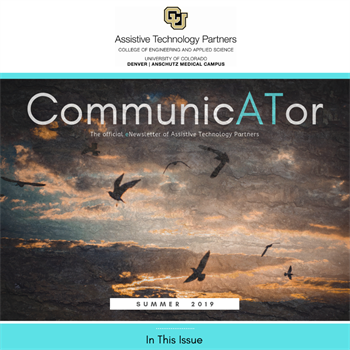 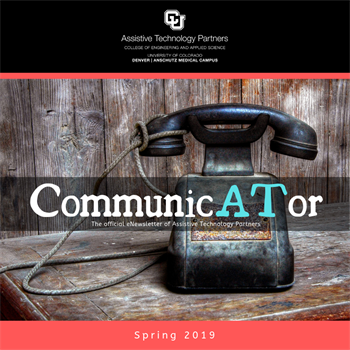 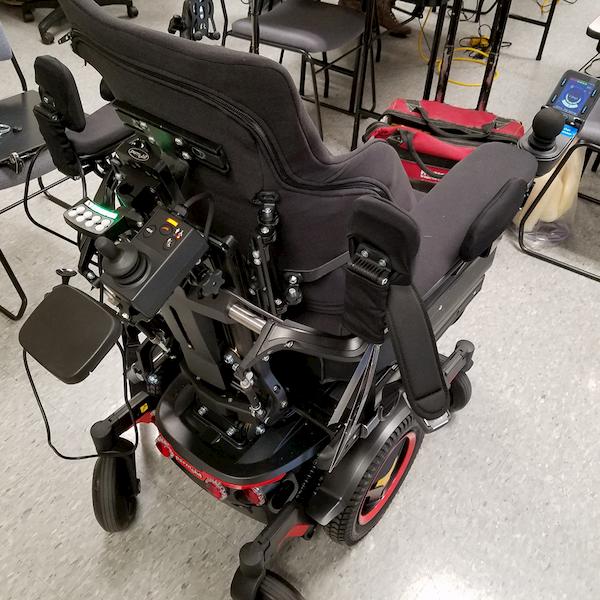 The study began in the fall of 2017 at Georgia Tech, Atlanta, led by a principal investigator Sharon Sonenblum, PhD. The Kessler Institute was the first site selected for the study. The University of Colorado was included in early 2018 because we were one of the few states that have an upright MRI center. Kelly Waugh and the team at Assistive Technology Partners began the study in 2018. Petra Conaway, PT, DPT, joined several months later to help with recruitment and data collection.

The study was designed to determine risk factors that might contribute to the development of pressure injuries in full-time wheelchair users. The project included clinical measurements and an MRI scan of the pelvis and the buttocks. The researchers examined differences in how the skin breaks down from a seat cushion. The study looked at 36 full-time wheelchair users, with a range of physical diagnosis.

The researchers wanted to learn whether the information observed from an MRI scanner could be correlated to data commonly collected during seating measurements in the clinic. This would help identify risk of acquired pressure injuries without invasive or expensive measures.

Although there were several challenges in the study (scheduling, recruitment, winter weather, etc.) the results appear promising. As a result of this study, we have met some very interesting participants who were enthusiastic to help us collect our data. We also obtained a sizable list of names that will be useful for studies we may be involved in for the future. And despite the fact that the study did not directly benefit our participants, they did receive a gift card compensation for their time and also a CD of the MRI images obtained during our scanning sessions.

We completed our part of the research project at the end of June, but the final results of the study are still pending as Dr. Sonenblum is in the process of analyzing all the data. However, this was a very interesting project, and a positive learning experience for everyone involved. We hope that the data collected will shed some useful light on how our body’s anatomy influences the risk of acquired pressure injuries, and whether such risk could be readily identified in a clinical setting. We would like to thank everyone that helped us with recruitment for this study, as well as our participants that contributed invaluable data to present and future research.