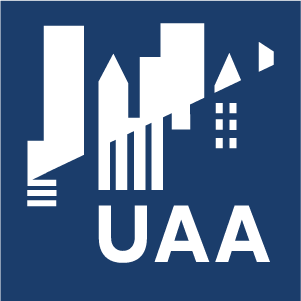 Dr. Carrie Makarewicz, an assistant professor in the urban and regional planning program, has been working on research to determine how sustainability may be affected by municipality-supported but citizen-driven projects and neighborhood engagement. While a project that is ongoing, Dr. Makarewicz's initial research findings are available and were presented earlier in 2017 at the Urban Affairs Association conference in Minneapolis.

Dr. Makarewicz's research focuses on the Sustainable Neighborhoods Program (SNN), which originally began in Lakewood, Colorado and has also been adopted by the City and County of Denver. The program engages citizens through their neighborhoods and in their respective municipalities to work toward sustainability goals that are devised by themselves and their neighbors. The model is intended to increase community engagement, as well as action toward increased sustainability by instilling neighborhoods with a framework and general resources to accomplish desired tasks.

As neighborhoods complete sustainability-related projects, they are awarded points and can eventually be certified as a "sustainable neighborhood." As each municipality also has their own sustainability goals written into mayoral agendas and other city-led initiatives, SNN provides an opportunity to contribute to broader city efforts related to sustainability. At the Urban Affairs Association conference, audience members at Dr. Makarewicz's presentation were interested to hear more about this unique partnership between citizens (and their neighborhoods) and municipalities, and whether or not it has actually helped to promote more sustainable behaviors and actions. Dr. Makarewicz's initial findings have been multi-faceted, and include the following insights:

- SNN provides an avenue to engage residents with sustainability on their own terms but with city guidance
- The program is able to operate with fairly minimal overhead, so it has longevity for the foreseeable future
- In addition to the benefits for traditional measures of sustainability (e.g. reductions in energy and water use, lowering carbon footprint, reducing waste, etc.), it also has many social and civic benefits
- The program fosters cross-agency dialogue as well as connections between residents and different city departments, businesses and nonprofits

However, the program faces several obstacles, including:
- Its staffing structure could be more effective;
- More supports are needed to build the capacity of neighborhoods with fewer resources; and
- Greater outreach is desired so that residents who are not yet participating can learn more about it

Dr. Makarewicz's research is expected to conclude by the end of 2017,
where the full findings will be submitted for publication in a urban-related
academic journal.