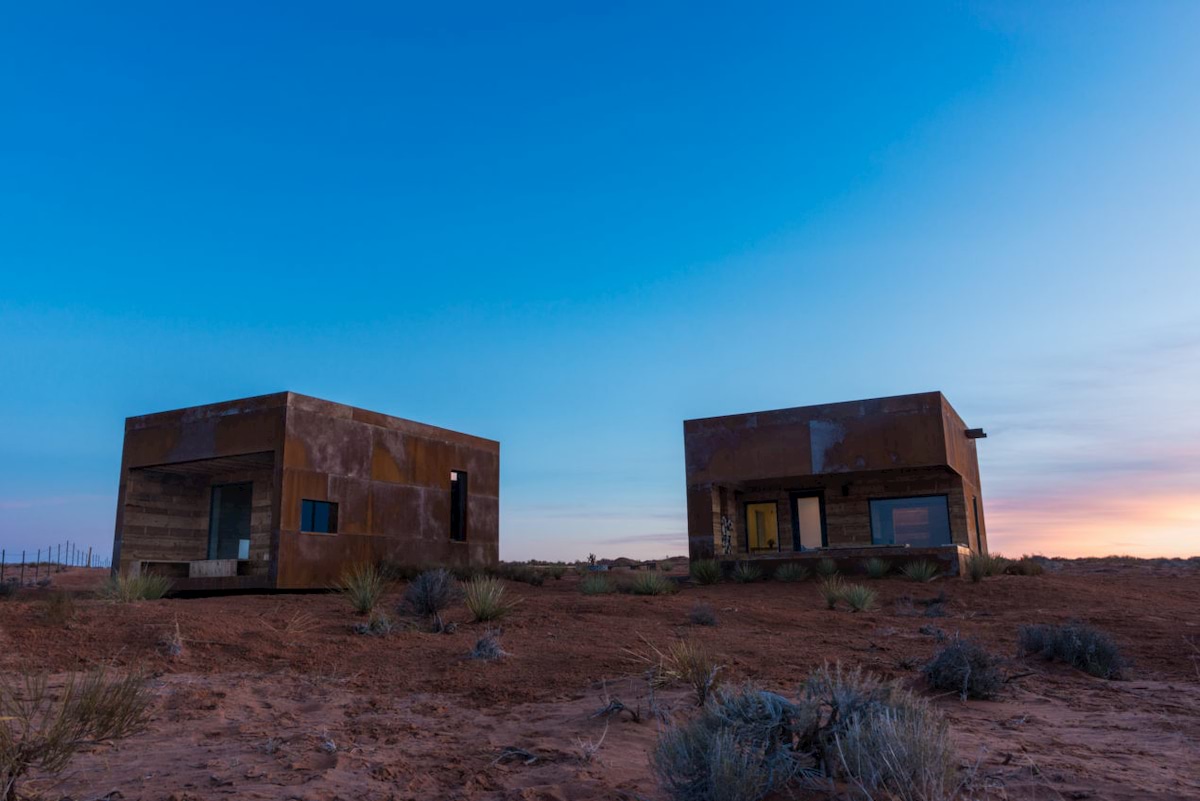 in collaboration with DesignBuildBLUFF at the University of Utah

The Mexican Water Chapter of the Navajo Nation partnered with the University of Colorado Denver and the Design Build BLUFF program to design and build two rentable cabins to bolster the local tourism industry. Influenced by the landscape and distant views of the Blue Mountains and Monument Valley, the programmatic design and materiality led to the development of two “sibling” cubes. One rests on the landscape while the other emerges from it. Each cabin establishes its own identity while simultaneously evoking the same language together.

The orientations of the Sunrise and Sunset Cabins were influenced by the Navajo tradition of eastern entry. While entering the Sunset Cabin requires a journey through the patio first, the journey of the Sunrise Cabin is through the building and out toward the cantilevered patio. Both patios, located on the northern side of the cabins, provide shade in the summer and are clad in reclaimed barn wood. In order to diversify the sleeping arrangement possibilities between the two 300 square foot spaces, the Sunrise Cabin includes a two-person sunken bed platform and the Sunset Cabin, with a bed, loft, and futon, can sleep up to six visitors.

Beauty and craft can be seen in the treatment of interior and exterior finishes. Concrete floors, sinks, and counters contrast the reclaimed barn wood on the interior walls and bedrooms while the weathered steel exterior resembles the red sand of the landscape. Apertures in both cabins frame views of the surrounding natural environment: the sand, mountains, and sky. Additionally, the carefully placed windows, skylight, and electrical lighting fill the spaces with soft light to emphasize materiality.