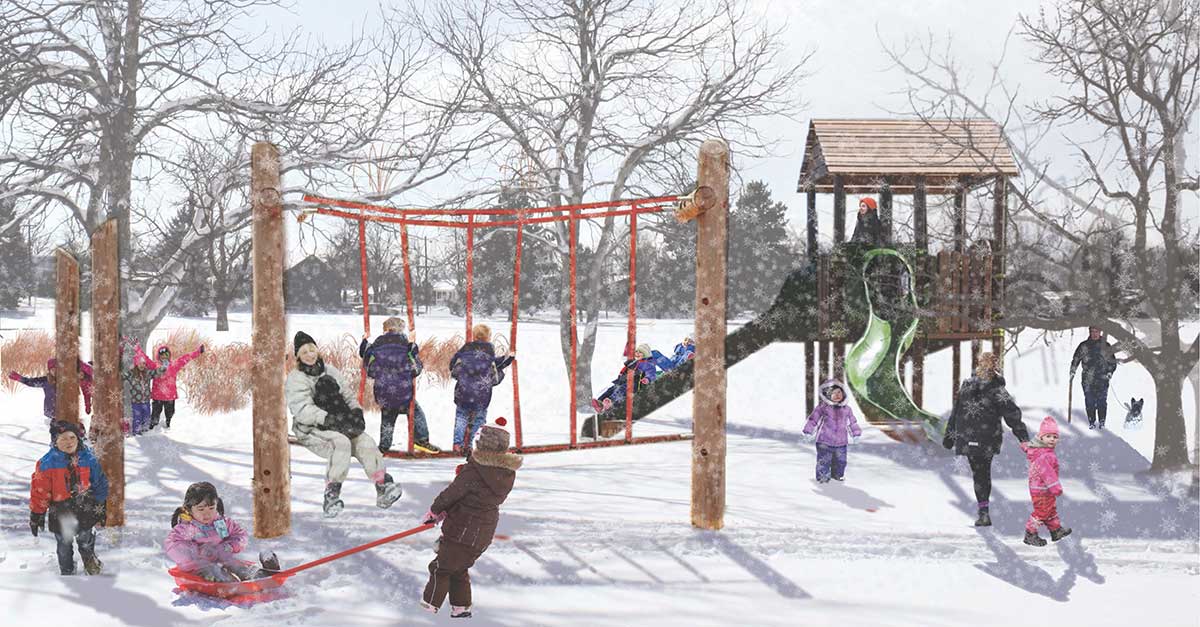 An eight-week landscape architecture studio in spring 2016 collaborated with the City of Lakewood's Department of Community Resources as part of Hometown Colorado, a university-wide initiative that leverages faculty experience and student talent to help communities with high-priority projects.

Neighbors had been lobbying Lakewood for improvements to Lasley Park, but the city would not approve and measures because the park lacked a master plan. The 16 students in Assistant Professor Clinical Teaching Track Lori Catalano's Advanced Landscape Architecture Design Studio engaged with the surrounding community and developed six design alternatives for Lasley Park. Residents could choose the elements among the design concepts that they thought best achieved what they wanted in their neighborhood park, then city staff would incorporate the results into one cohesive park master plan.

The major question that the class explored was "How do neighborhood parks contribute to the health and well-being of a neighborhood and its residents?" Students talked with neighbors at a public meeting and conducted an online survey. They took into account the residents' ideas and their own site analysis. The students' visions for the park included changes that would create pathways, plantings, parking, play spaces, new topography, fitness opportunities, lighting, community gathering places, picnic areas, boulder fields, sports fields, bridges and tunnels. At a final public presentation, residents received consulting and designs worth thousands of dollars. The students got experience that was priceless.

"The students did very, very well," Catalano said. "It's one thing to come up with concepts, but these students learned a new way to communicate graphically and verbally to an audience, not just to other students or academics. Working with the community is teaching them new skills that add to their professional preparation."

Lakewood officials took the student ideas and neighborhood feedback into account to create a master plan. Three of the students from the design studio course were retained under contract by the city to finish the project under the guidance of a city landscape architect. In August 2018, the reimagined Lasley Park opened. The 10-acre park features a modern playground; games court with pingpong, corn hole and chess; fitness equipment; sand volleyball court; basketball court; tennis courts; trails; picnic shelters; and seating.