Ensuring the health of the creative district 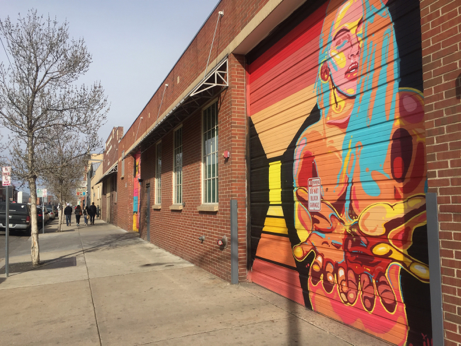 In late 2017, the City and County of Denver's Arts & Venues, Community Planning and Development, Denver Fire Department developed the Denver Safe Occupancy Program to help artists receive leniency on remedying non-life threatening building code violations. This program was spurred by the rapidly-increasing cost of living in Denver, which is displacing many communities, including members of the creative class, as well as instances of creative producers occupying spaces for uses not intended for their
zoning and/or not up-to-code, which led to closures and tragedies, including the Ghost Ship tragedy that killed 36 in Oakland, California. These growing instances point to a larger trend of creative communities struggling to find safe and affordable housing and workspaces in the face of rising property and rental values in cities, and the need for new policy recommendations and planning tools to achieve more equitable conditions for artists, which will be key to developing creative neighborhoods with long-term sustainability, creative production and a unique sense of place.

While many municipalities utilized theories derived from Richard Florida's 2003 The Rise of the Creative Class to develop cultural policies and plans - which link cities' economic development and revitalization potential to the value of creative industries - there is now recognition that this theory does not encapsulate all the consequences of pursuing creative districts as centers of cultural symbols and consumption, including rising property values, decreasing vacancy rates and gentrification-led displacement.

As such, numerous problems arise with formulating policy and planning decisions around this neo-liberal creative class theory, including for artists themselves. This is because artists often move into underutilized areas of a city - where their presence can increase intrinsic value and generates investment - only to consequently raise the cost of living and change a place from one of cultural production to consumption. In short, artists - who are in part responsible for sparking gentrification because of their ability to create cultural capital that raises land and property values - quickly become victims of displacement themselves. Therefore, the proliferation of creative districts with the singular goal of economic development become problematic in and of itself. As sociologist Sharon Zukin - who extensively studied artist displacement in 1970s SoHo New York City - notes, the displacement of authentic culture and artisans in favor of an atmosphere that only values consumption is often doomed to failure, as a unique sense of place can become replaced by an atmosphere that reeks of illegitimacy and placeless-ness. Thus, it is in the best interest of cities and within their creative city policies to emphasize making creative districts sustainable, which includes supporting artists' ability to avoid displacement.