Office of the Chancellor

Chancellor for the University of Colorado Denver 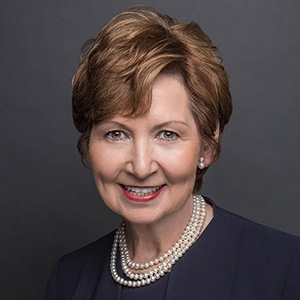 Dorothy A. Horrell, PhD began her role as CU Denver chancellor in January 2016.

As the chief executive officer of Colorado's only public urban research university, she has set the goal for CU Denver to become an indisputable asset of the city it calls home.

Chancellor Horrell has ambitious plans for CU Denver's continued growth. She is leading the university toward becoming a top asset of the city of Denver by prioritizing​ student success, scholarly excellence, community impact, inclusive excellence and financial sustainability. Learn more about the progress being made on strategic priorities​ established to guide the university's upward trajectory.

A recognized leader in higher education, she received a gubernatorial appointment to the Colorado State University System Board of Governors in 2009 and served as board chair from 2013-15. She was president of the Colorado Community College System, the state’s largest higher education system, from 1998-2000 and was president of Red Rocks Community College from 1989-1998. She previously held several positions in the community college system, including vice president for educational services and director of the occupational education division.

Dr. Horrell served from 2001-2013 as president and CEO of the Bonfils-Stanton Foundation, Colorado’s leading foundation supporting the arts and nonprofit leadership.

In 2017, Dr. Horrell became a member of the Coalition of Urban Serving Universities board of directors. Her community involvement includes having been a founding member of the Boards of Arrupe Jesuit High School (2003-2011) and Clyfford Still Museum (2005-2013); chair of the Board of the Colorado Association of Funders (2009); member of the Governor’s P-20 Education Council (2007-2011); member of the Denver Commission to End Homelessness (2004-2012); and co-chair of the Commission on the Reform of Denver’s High Schools (2004-2005).  In addition, she served on the boards of the Exempla Healthcare System, First National Bank of Colorado, West Chamber of Commerce Serving Jefferson County, Young Americans Bank and Jefferson Economic Council. 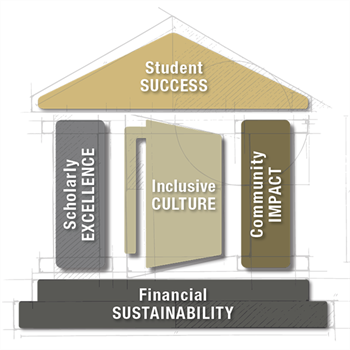 Chancellor Dorothy Horrell has established five strategic priorities to guide CU Denver's ongoing success. Through these priorities, CU Denver aims to be widely recognized as a distinctive asset in the Denver metropolitan area based on quality academics, highly-recognized research and creative work, a diverse and inclusive culture, and impactful civic engagement.

Faculty, staff and students across the campus have been working on various aspects of these priorities since they were first set in fall 2016. Learn about progress on each priority by clicking on the links above.​

The priorities emerged from Chancellor Horrell's 2016 Re​ach Out and Listen Tour​, a series of collaborative forums and meetings with faculty, staff, students and community members that established a shared vision for the future of CU Denver.

As chief of staff for Chancellor Dorothy Horrell, Dr. Kilkenny assists CU Denver campus leadership in managing a variety of campus-wide initiatives, relationships and priorities that are critical to the continued progress of the university. Read Regina Kilkenny's bio.

As Colorado’s public urban research university, we are committed to an ethical foundation for all our research, creative work, teaching and service. Our sense of shared responsibility and our culture of trust ensure our efforts serve the greater good.

Learn about the chancellor's vision on an ethical culture.